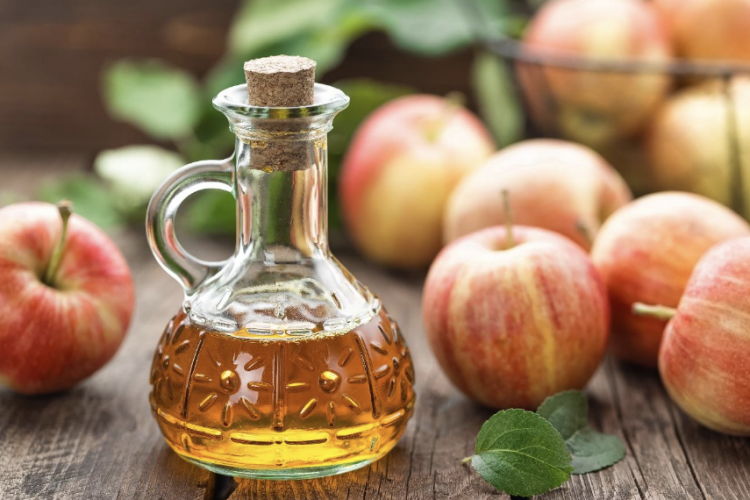 Apple cider vinegar, The largest current trend in health already exists. Everyone is talking about it. According to reports, the daily injection you receive can help you live at least 10 years longer, reduce your risk of developing cancer, lose weight, lower your cholesterol, and improve your heart health. Who doesn’t want to lose weight? Hence, it may be worthwhile to try it. However, because apple cider vinegar is highly acidic, you must proceed with caution. The protective outer enamel on your teeth could disintegrate as a result, possibly leading to the dental condition known as “no teeth.” Health experts advise using a little olive oil with your apple cider vinegar because of this. Because being thin, healthy, and cancer-free would be pointless if you spent the rest of your extra-long life with strange stumpy little Tic Tac teeth.

Apple cider vinegar with oil. That is the drink to consume. The magical concoction is that. It’s fun to sing along to the opening song from the Hamilton musical, “Apple cider vinegar, my name is apple cider vinegar,” which asserts that taking a daily dose of the vinegar may boost immunity, stabilize blood sugar, improve digestion, and purify your liver. The flavor of rotting apples that have been dipped in a cup of thick, mucusy frying oil isn’t to everyone’s taste. Because of this, medical professionals suggest enhancing the lemon flavor by adding fresh lime juice. After that, add a liberal amount of honey to make it even more delicious, like lemonade. 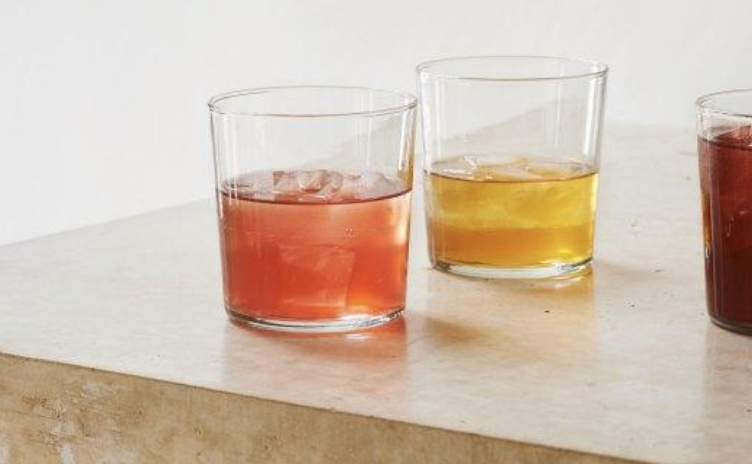 Lemon juice, honey, apple cider vinegar, and olive oil. I concur that this is the buzz drink at the moment. That is the cure-all of cure-alls. You take a shot every day. Additionally, it is said to have wound-healing abilities, antioxidant benefits for the body, skin pH balancing, constipation alleviation, and hiccup control. And it will give you the strength to hurl the ball back over the fence with only one throw, whereas it once required up to 12 tosses when a tennis ball bounces ahead of you as you pass a tennis court.

Even additional beneficial ingredients like cayenne pepper, turmeric, coriander, horseradish, rosemary, garlic, and finally a pinch of salt and pepper, seasoning to taste, according to some health enthusiasts, would be worth the trouble if you’re going to all this trouble. Honey, apple cider vinegar, olive oil, lemon juice, different herbs and spices, and minerals We are now speaking. This is the comprehensive response. You only need to give an injection once a day. Rumor has it that doing so will teach you how to carve a delicate carrot rose like you used to see in that Thai restaurant, improve your ability to pull off convincing comedy accents that will amuse your loved ones at dinner parties, strengthen your bones, lower triglycerides, eliminate free radicals, shape your lashtastic lashes, and eliminate free radicals.

What according to the dietician?

Drinking apple cider vinegar (ACV) is becoming more well-liked as a health supplement. Recently, the health fad has gained even more traction thanks to celebrities who swear by it, such as Jennifer Aniston and Katy Perry (who is also an investor in a leading ACV brand). Influencers and the product’s manufacturers tout the virtues of apple cider vinegar, which they claim has a stronger immune system, better weight loss, enhanced blood sugar control, and other possible perks. Sales of ACV have also substantially increased since the coronavirus outbreak began to spread across the nation. But do many who advocate using ACV genuinely think that it is a miraculous treatment that may drastically enhance one’s health and quality of life?

The following are things apple cider vinegar can and cannot do, according to scientific studies:

By ingesting apple cider vinegar, you cannot protect yourself from catching COVID-19 or any other virus

According to some preliminary research, ACV may enhance the functionality of certain immune system cells. Even though ACV possesses bacteria-eating cells, it would be a big leap to claim that it — or any other single meal or supplement — can prevent you from getting sick. Your immune system is highly developed, and to stay strong, it requires a range of nutrients, many of which come from a diet heavy in plants. Along with eating a balanced diet, getting the recommended seven to nine hours of sleep each night is a practice that has been shown to strengthen the immune system.

Even if there are alternative methods for controlling blood sugar, such as adjusting your diet, eating regular meals, and being active, this ACV claim has some proof to back it up. A small study suggests that vinegar may improve insulin sensitivity, making your body more receptive to the way that insulin transports glucose from your bloodstream into your cells so that it may be used as fuel.

Another small study suggests that a two-tablespoon ACV dose before night may enhance morning fasting blood sugar readings. However, in both cases, the data is based on very tiny research. Furthermore, it is unclear whether there are any long-term benefits of taking ACV to control blood sugar levels. Theoretically, if you have diabetes and utilize insulin or another prescription medication to manage your blood sugar, you should use ACV with caution. A modification in your medications may be necessary due to an additive effect.

Findings from a tiny trial suggested that a low-calorie diet and daily ACV usage for 12 weeks could lower triglyceride and total cholesterol levels, albeit they were far from conclusive. Furthermore, it resulted in a boost in HDL cholesterol levels, which is advantageous. These results are positive, but other, better-researched behaviors can lower cholesterol. The American Heart Association, for example, advises eating a diet rich in fish, shellfish, low-fat dairy products, vegetables, fruits, legumes, nuts, and seeds. They also suggest doing some form of exercise for at least 30 minutes each day. Giving up smoking is another successful method to reduce your cholesterol.

ACV is created by fermenting apples, just as other fermented foods. ACV contains probiotic bacteria that are good for the digestive system. Theoretically, using ACV to boost your intake of germs has advantages. Because it hasn’t been researched, no proof using this particular food source would give you this advantage. Fruit-derived vinegar is said to contain antioxidants, particularly a kind of plant-based antioxidants known as polyphenols.

These polyphenols are degraded within the body. They then act as food for advantageous bacteria, encouraging their expansion in your gut. ACV contains antioxidants, but one study found that the fermentation process makes it more difficult for your body to absorb them. While you wait, eat more plant-based foods like fruits, vegetables, whole grains, and pulses to increase the polyphenol content in your diet. In addition to other foods, these substances are widely present in spices, cocoa powder, tea, and coffee.

Apple cider vinegar has the potential to destroy your teeth’ enamel

Any particularly acidic food or drink, including oranges, grapefruits, soda, wine, fruit juice, and ACV, can damage the protective layer on your teeth. The danger rises in proportion to how frequently you consume certain meals and liquids. Consuming acids right before bed is particularly dangerous since less saliva is produced at night, which means the acids are likely to become less diluted. You can lessen the possibility of tooth damage if you rinse your mouth with water after consuming drinks containing apple cider vinegar (or any other strongly acidic substance) and wait at least 30 minutes before brushing your teeth.

ACV won’t perform any miracles; however, it might bring about some relief. In one study, 39 individuals drank around a tablespoon of ACV twice daily. and kept to a low-calorie diet and lost 8.8 pounds as contrasted to the 5-pound weight loss of the calorie-restricted eaters who did not drink the ACV. That seems like a significant change. But in this case, common sense must be exercised. Supplements containing apple cider vinegar, including ACV, have not been shown to cause noticeable weight loss over a sustained period. For 12 weeks, both research groups reduced their calorie intake from their benchmark diets. It’s unclear whether persons who merely added ACV to their daily diet would benefit or if this impact would last past the first 12 weeks.

Side effects of apple cider vinegar 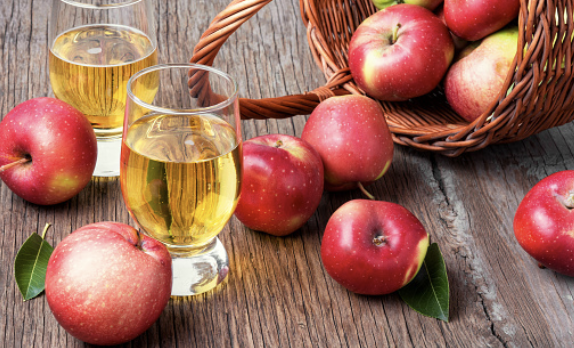 Sadly, using apple cider vinegar can have some unfavorable impacts. This is especially true when it is consumed in large doses. Consuming food and drink in moderation is beneficial and even healthy. But doing so excessively can be harmful and even hazardous.

According to tiny human research, apple cider vinegar may slow down the rate at which food leaves the gut and enters the lower digestive tract. This might slow the bloodstream’s capacity to absorb nutrients. Though Trusted Source, this effect may cause the symptoms of gastroparesis, a common condition that affects people with diabetes, to worsen. In gastroparesis, the nerves of the stomach don’t work properly. As a result, food does not travel through the stomach regularly and sits there for an excessive amount of time.

Nausea, bloating, and heartburn is gastroparesis indications and symptoms. For people with type 1 diabetes, timing insulin with meals can be particularly challenging. Because it can be impossible to predict how long food will take to digest and absorb.

Apple cider vinegar may cause unpleasant stomach problems in some people. The usage of apple cider vinegar is supported by research on both people and animals. Acetic acid may also boost feelings of fullness and decrease hunger, which could naturally lead to a reduction in caloric intake.

However, one controlled study suggests that dyspepsia may occasionally result in a reduction in appetite and food intake. Participants drank a beverage containing 25 g (0.88 oz) of apple cider vinegar and reported having less appetite. But there were also significantly greater nausea sensations, especially when the vinegar was mixed with a beverage that had a foul taste.

Due to its strong acidity, apple cider vinegar can burn when applied to the skin. In one case, after applying a few drops of apple cider vinegar, a 14-year-old girl who had two moles removed via an internet-based protocol developed ulcerations on her nose.

Apple cider vinegar may be affected by several medications, including: 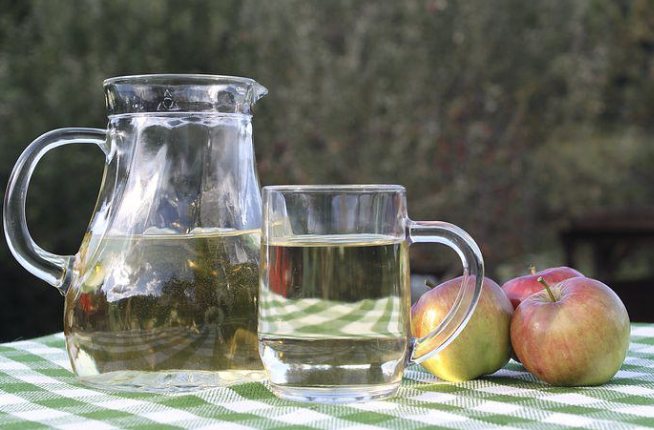 The majority of people can safely consume apple cider vinegar in the following proportions by following these general guidelines:

Apple cider vinegar has a variety of health benefits. To stay safe and prevent side effects, it’s important to monitor your intake and take it with prudence. Even a tiny bit of vinegar can be helpful, so adding more won’t necessarily make things better or safer. 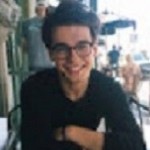 My name is Harry Miller. I am a Content Blogger, Travel junkie and a tech expert. I write for Spectrum Cable Company and many other well-known sites and try to bring the most out of my knowledge. I live in TX, Brazoria.