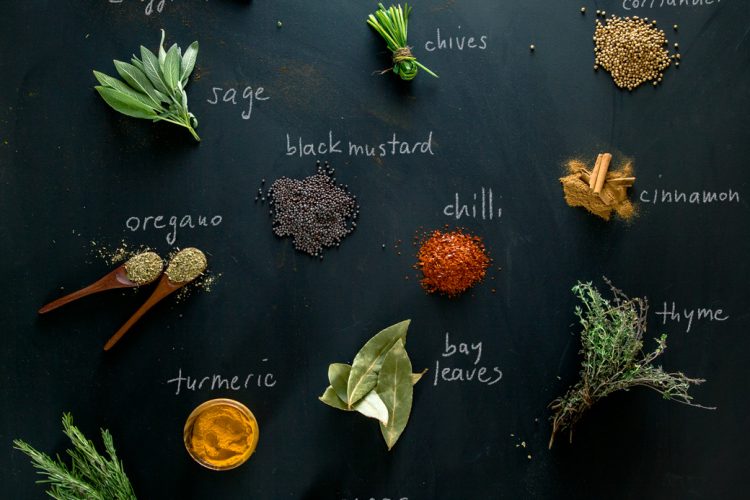 Thanks to seasonings and spices, you can give a unique and rich taste to even the simplest dish. There are many of them, not all of them are harmless, and with excessive passion for seasonings, you can cause serious harm to your health. Seasonings and spices are products of plant origin, most often the roots, stems, and leaves of exotic plants, which are used to improve taste, smell, and along the way to destroy pathogenic microorganisms. This is especially true for India, where the issue of pathogenic bacteria is most topical. It was from India that the fashion for adding seasonings and natural spice to dishes was mainly spread. How relevant is the addition of these ingredients to other countries? And are natural spice really harmless and can even heal diseases?

Natural spice, their use, and table 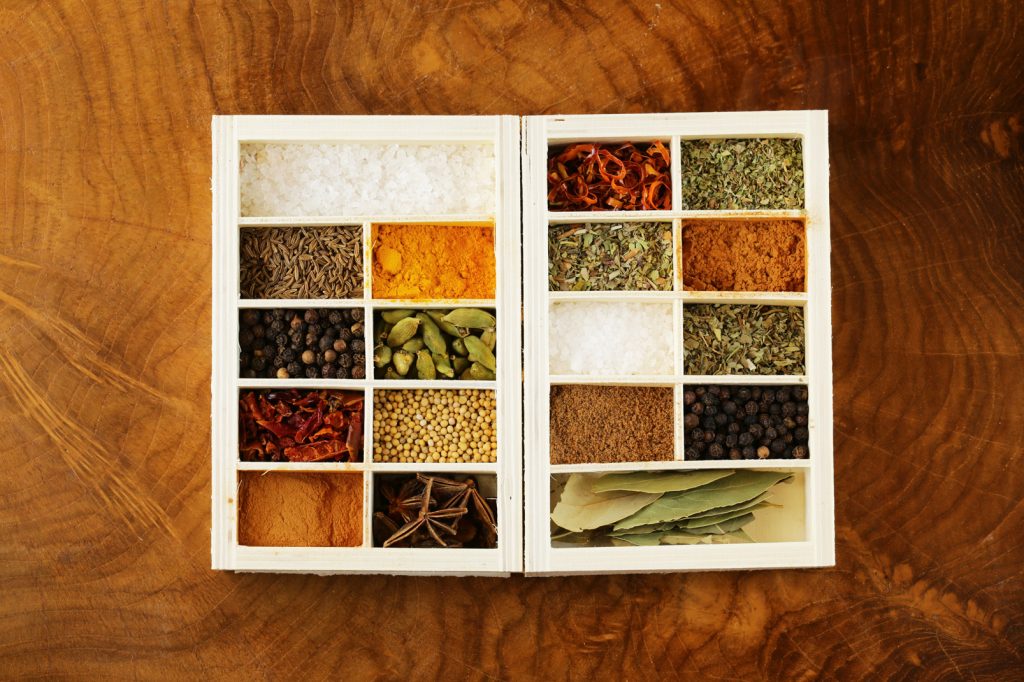 There is a wide variety of natural species – for whatever is called taste and color.

There are both natural spice and synthetic ones.

Synthetic ones include vanillin, monosodium glutamate, citric acid, sugar, vinegar, and others.

The fact that these substances are not natural and synthesized artificially speaks for itself.

Eating them for food can cause serious harm to the body.

This is especially true for substances such as monosodium glutamate and sugar.

It is added to virtually all products in the modern food industry to create a vivid taste sensation in the consumer.

That is how consumers form food dependencies on harmful products, forcing us to buy in exorbitant amounts completely unnecessary products for our body.

The same goes for sugar. It has been empirically proven that sugar acts on the brain according to the same principle as cocaine – pictures of brain activity after consuming cocaine and sugar are absolutely identical.

And manufacturers also use this – today, finding a product without sugar in a supermarket is simply a literally impossible quest.

Sugar is present even where, following the elementary logic, it should not be – in mayonnaise, ketchup, mustard, sausage, canned meat, and so on.

Because sugar perfectly forms dependence, and if sugar is added to the product, then a person will buy it regularly. Therefore, with regard to synthetic seasonings, it is better to avoid using them.

The situation is different with natural spice – most of them have a beneficial effect on the body.

Natural spice you should know

It is widely used in flour and confectionery products. It has anti-inflammatory, antiseptic, and antispasmodic effects. 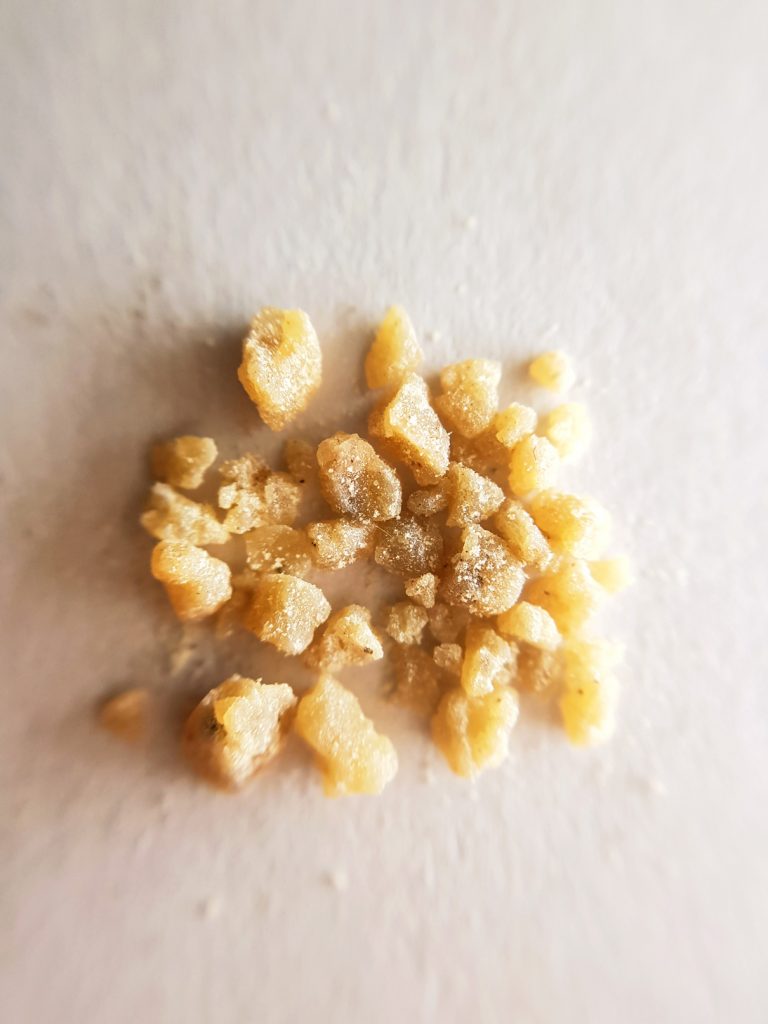 It is actively used in rice, vegetable, and bean dishes.

It has an anticonvulsant effect. 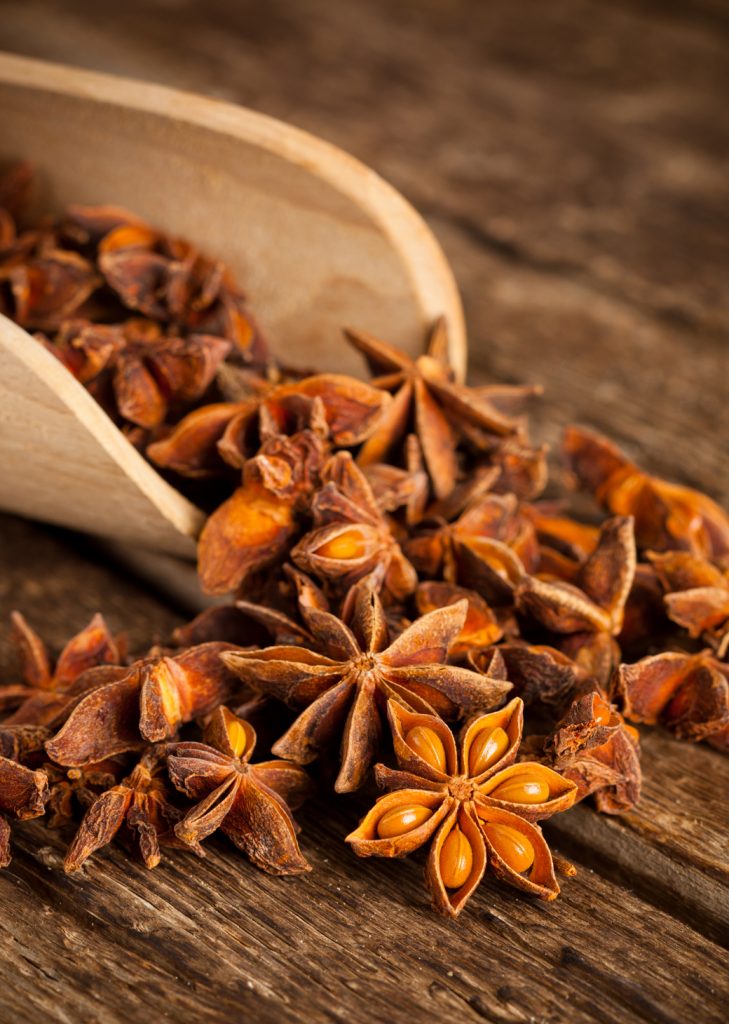 It is used as a spice when making tea. 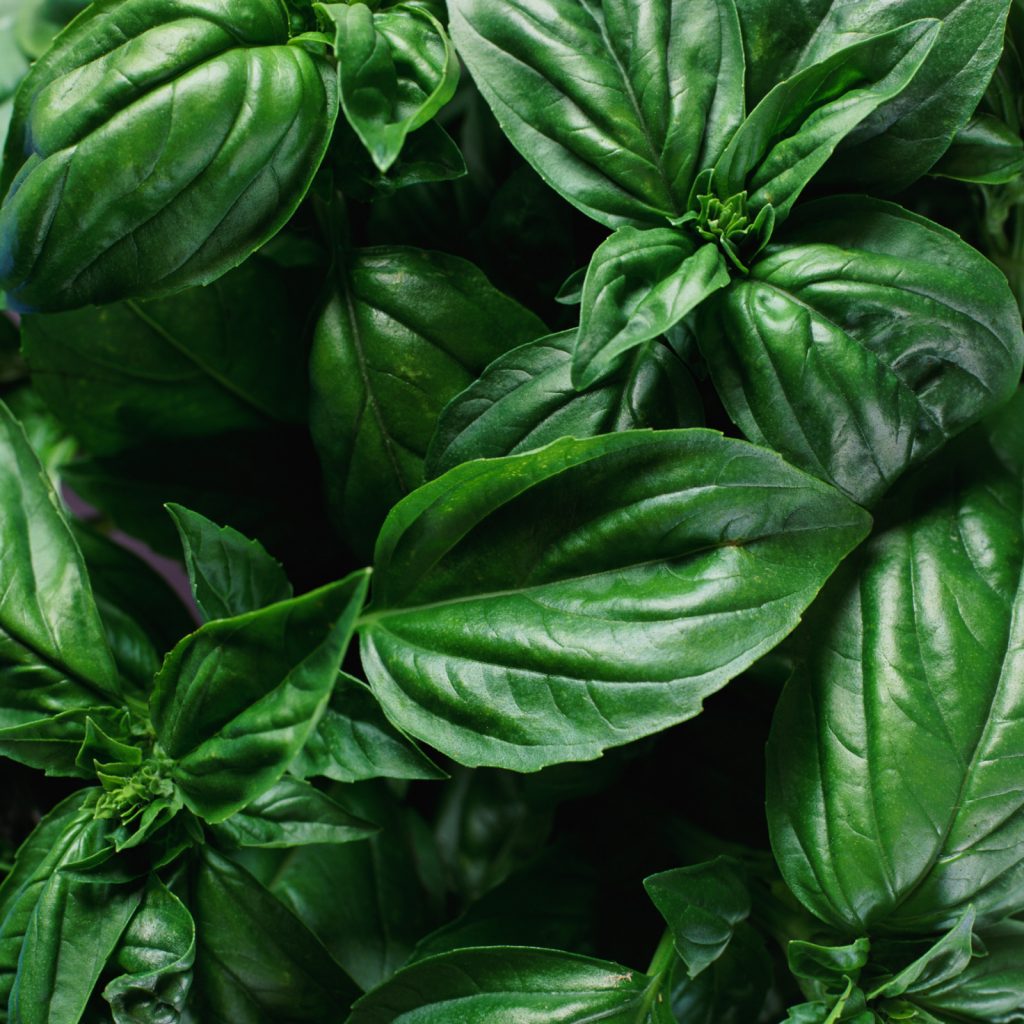 It is used in sauces, soups, vegetable salads, canned food, and pickles.

It contains ascorbic acid, which is a powerful stimulant to enhance immunity. 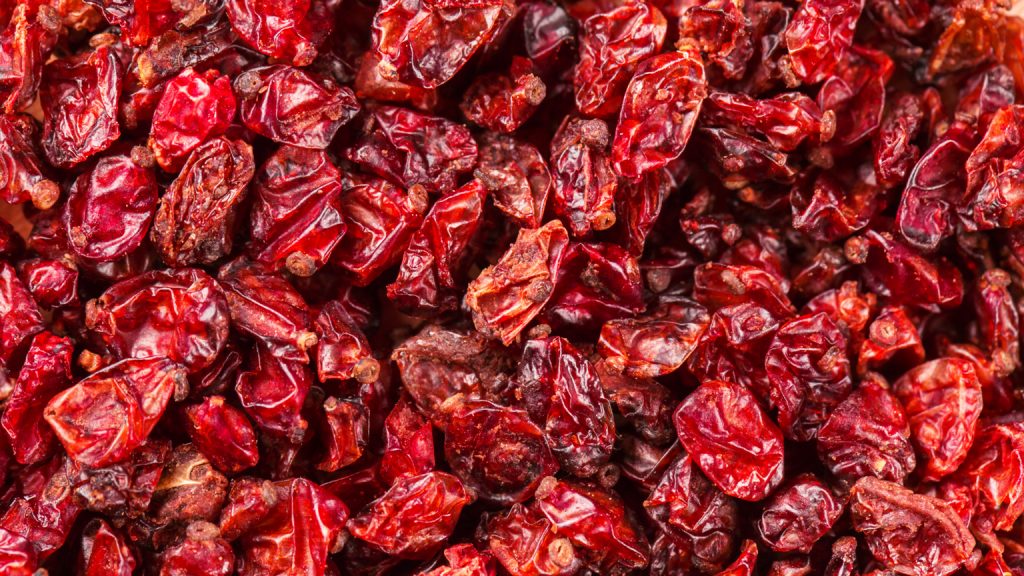 It is used to prepare a wide range of rice dishes.

Barberry is also used for conservation.

Jam is made from berries and sweets are made. 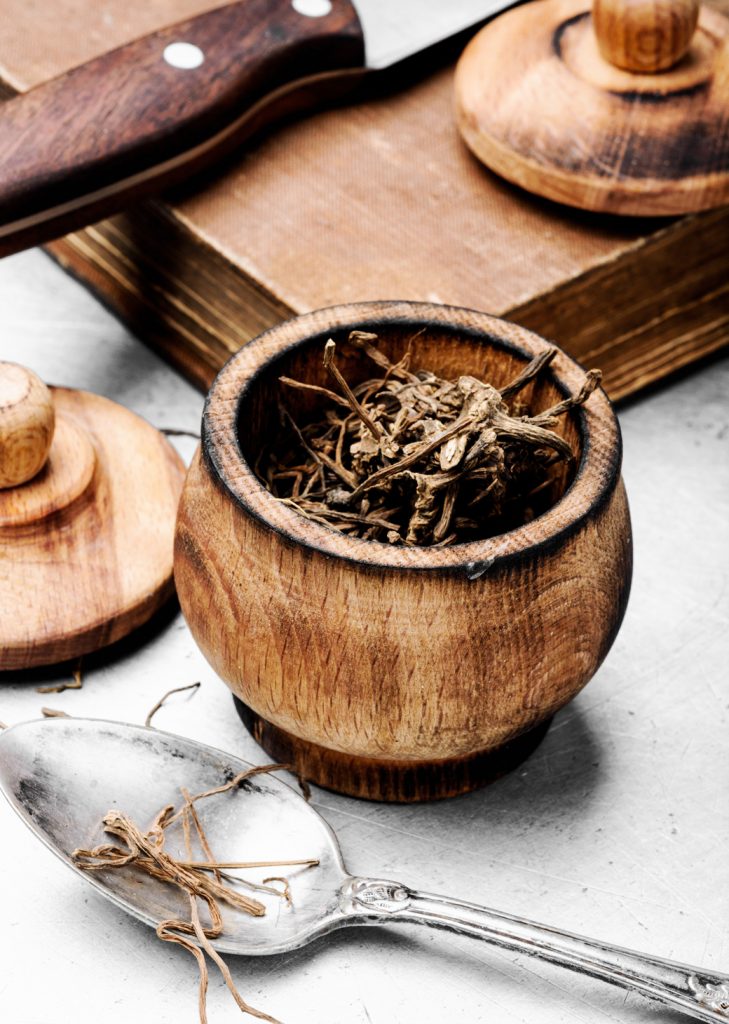 It is used as a seasoning for salads, has a pleasant delicate aroma and original taste.

The effect on the body is beneficial. Soothes the nervous system.

It will help with neurosis, insomnia, tachycardia, epilepsy, headaches, and gastrointestinal diseases.

Including for the production of a synthetic analog – vanillin. 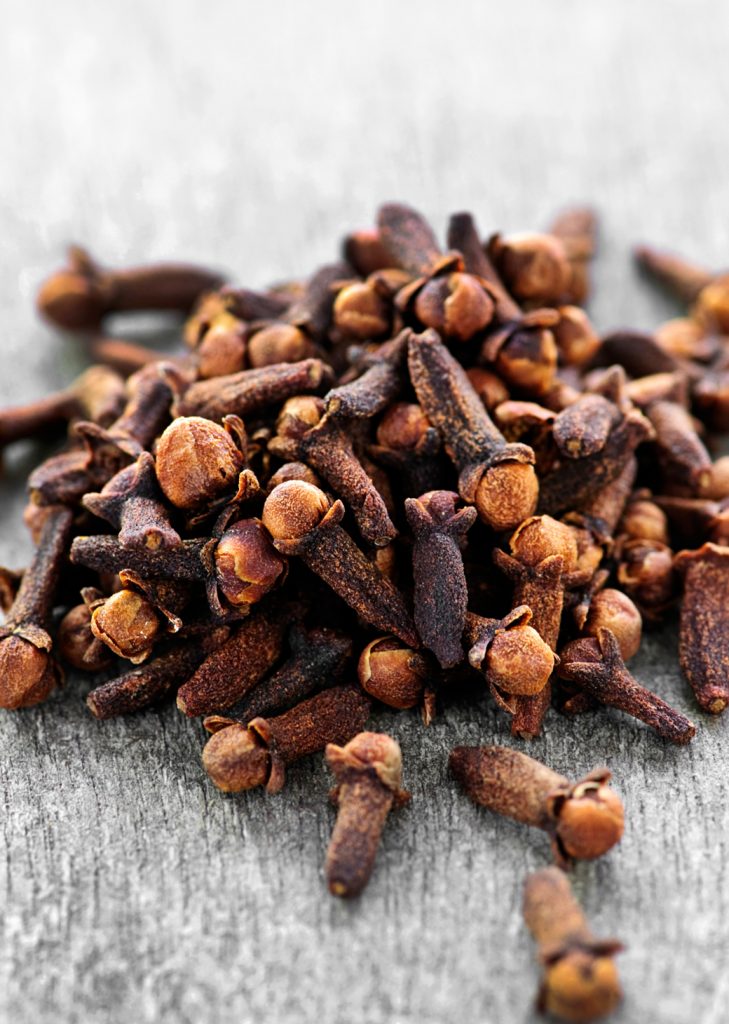 It is used in the preparation of marinades, confectionery, and various sweet dishes, including stewed fruit and juices.

It can also be used in the preparation of soups and sauces.

Cloves are rich in vitamins and minerals, and also have a cold and anti-inflammatory effect. 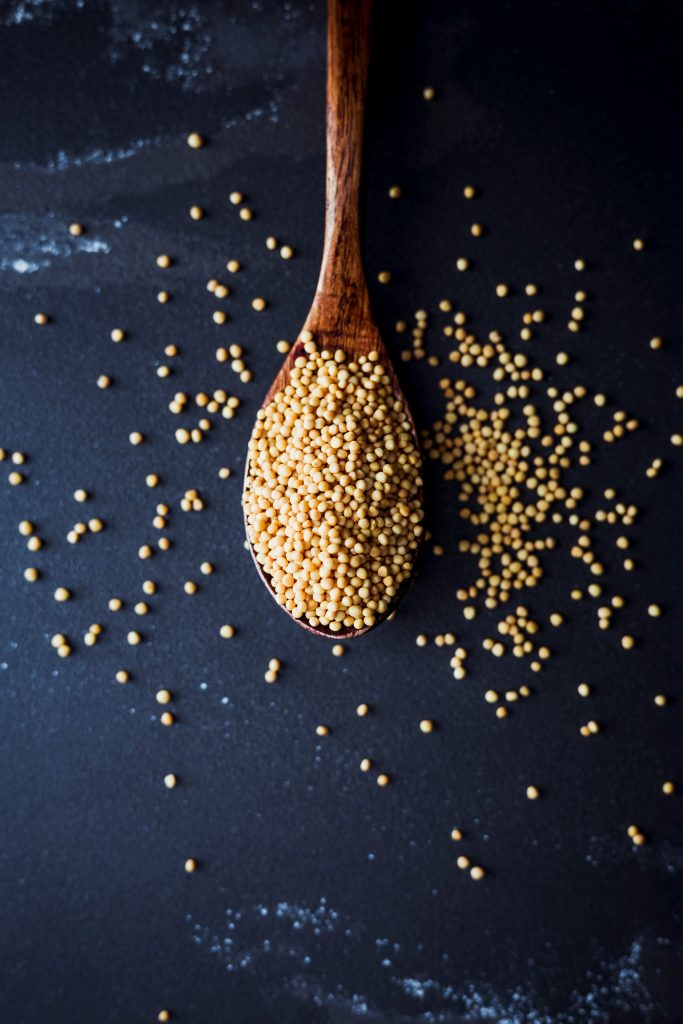 It is used in sauces, mayonnaises, and marinades.

It may relieve toothache and headaches. It helps with bowel disease. 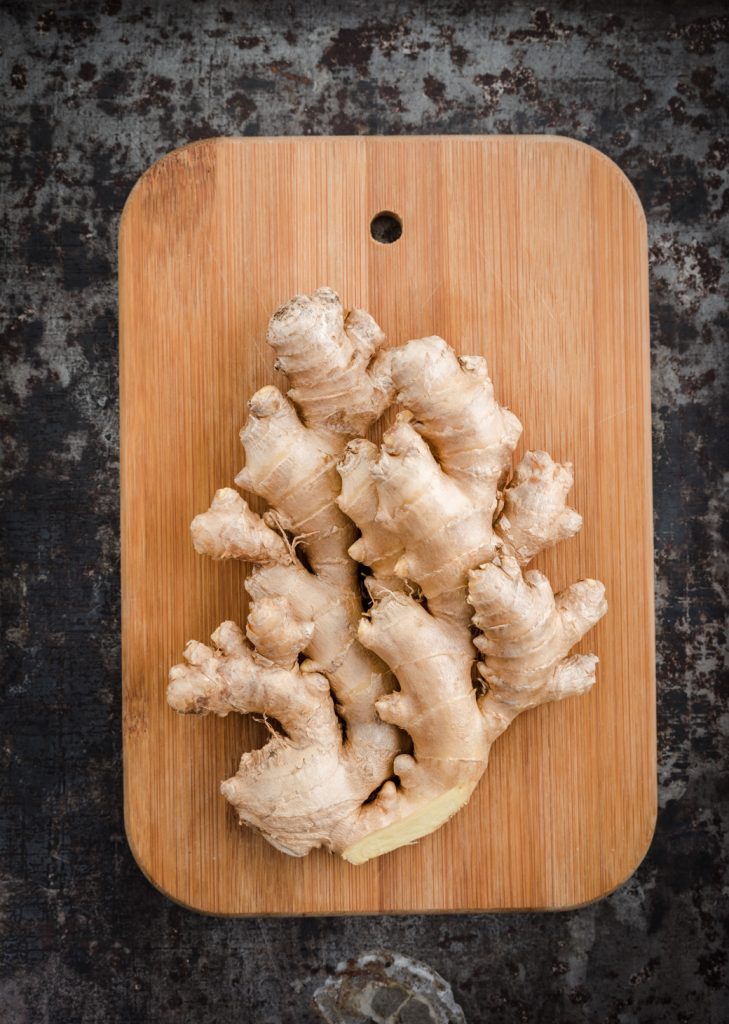 It is used in the manufacture of baked goods, confectionery, honey, kvass and other drinks.

It is not recommended for use in diseases of the liver of the gallbladder. 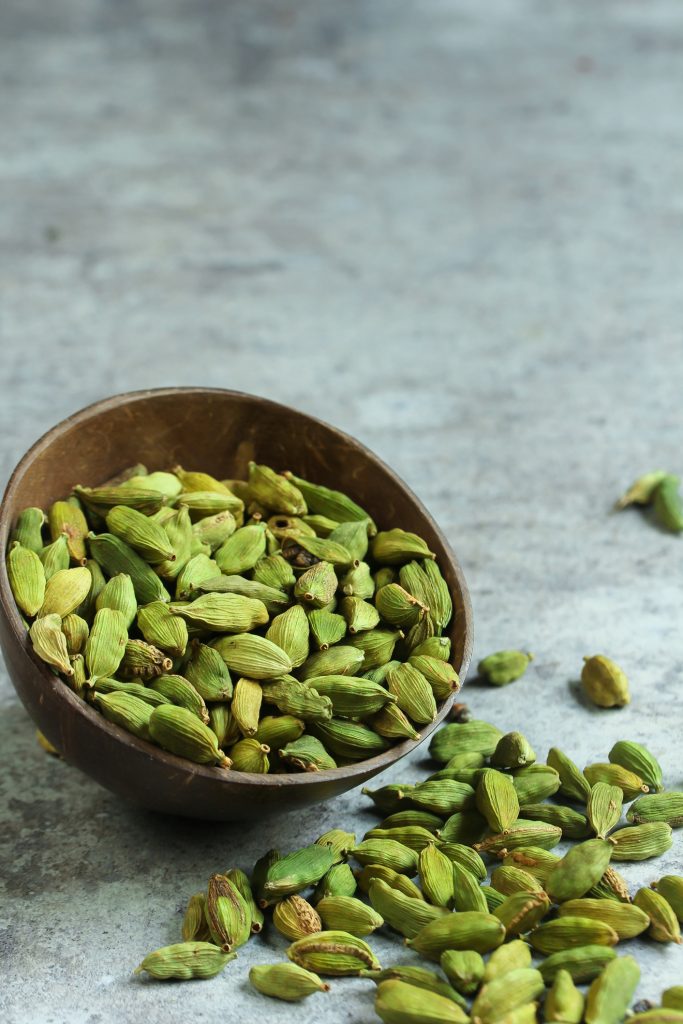 It is mainly used when brewing tea.

It contains many vitamins.

Effective for colds and cleanses the digestive tract from toxins.

But it has a side effect – it increases sexual desire.

Therefore, abuse is not recommended.

It is added to salads.

It has antibacterial and antifungal effects. 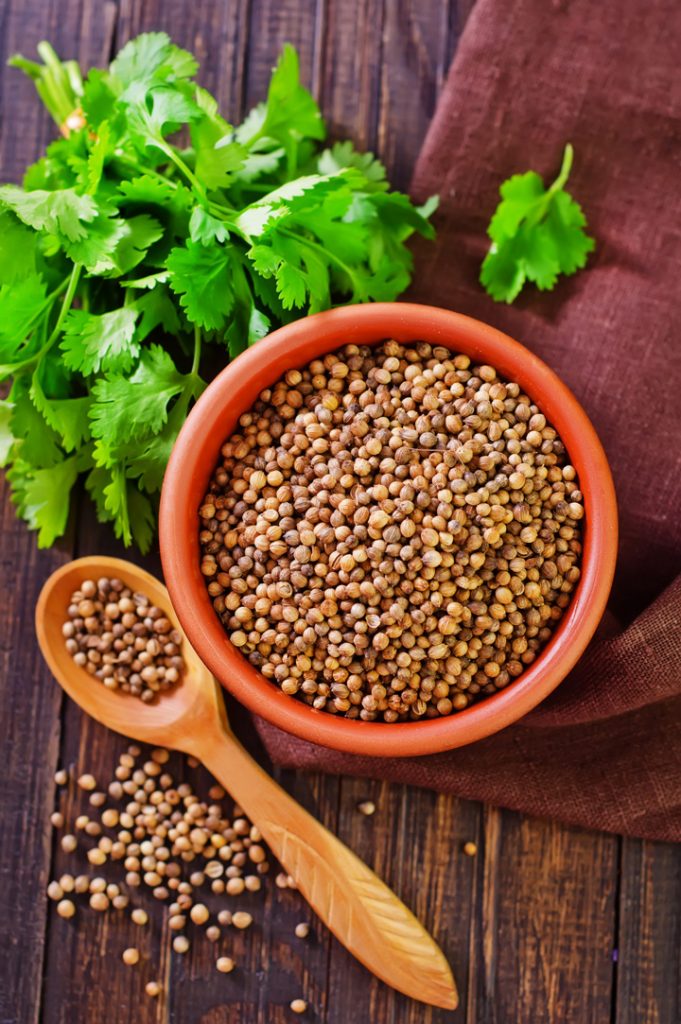 It is used in the production of pickles, pickles, confectionery.

Coriander is part of the popular Borodino bread in our country.

Coriander has an antiseptic and analgesic effect. 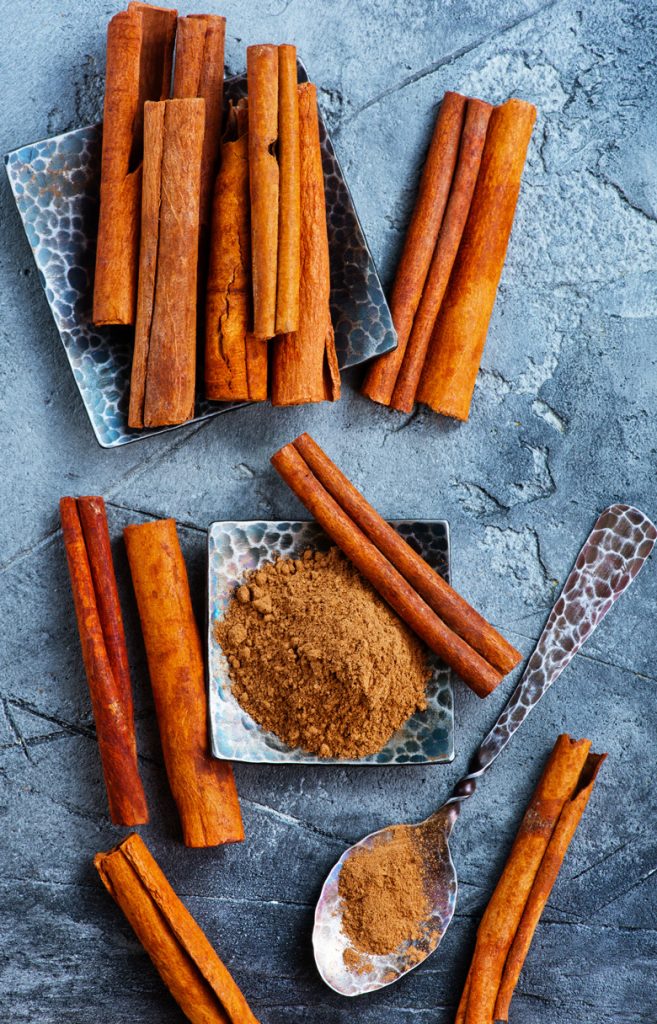 It is widely used in the manufacture of confectionery and hot drinks.

Cinnamon is used for pickling and other types of canning.

It has a powerful antioxidant effect.

It is forbidden to use during pregnancy.

It is used in the preparation of soups, vegetable dishes, and sauces.

It has a powerful antimicrobial effect and increases blood circulation.

Suppresses the growth of cancer cells. 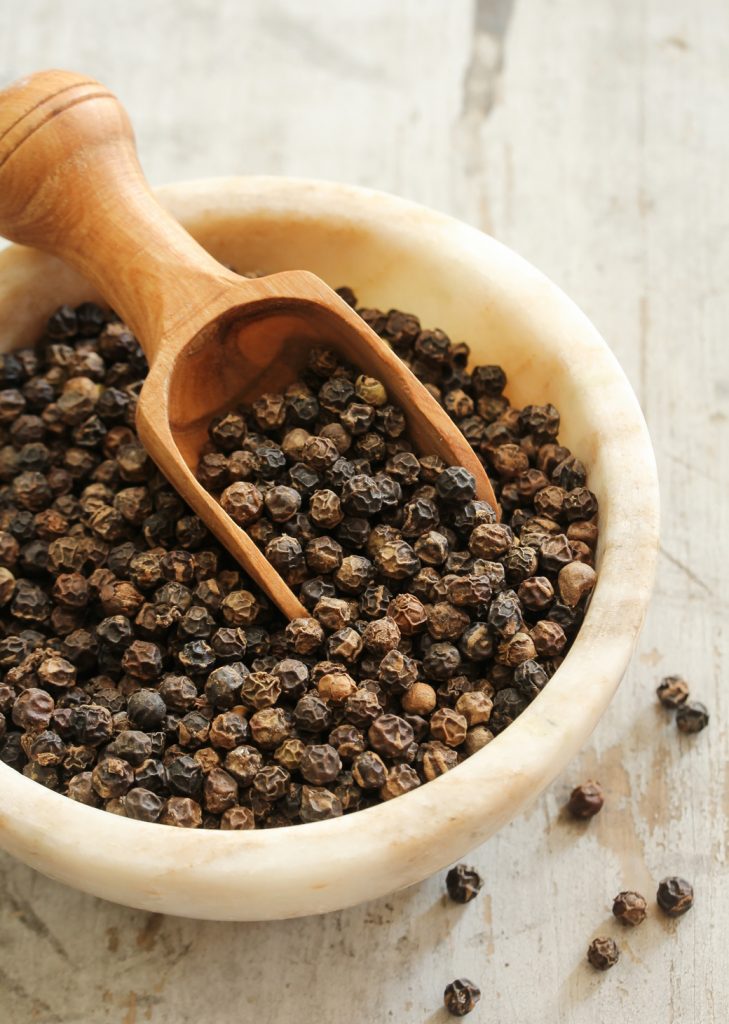 It is used in salads, vegetable and bean dishes, marinades.

It has antimicrobial and antiparasitic effects. 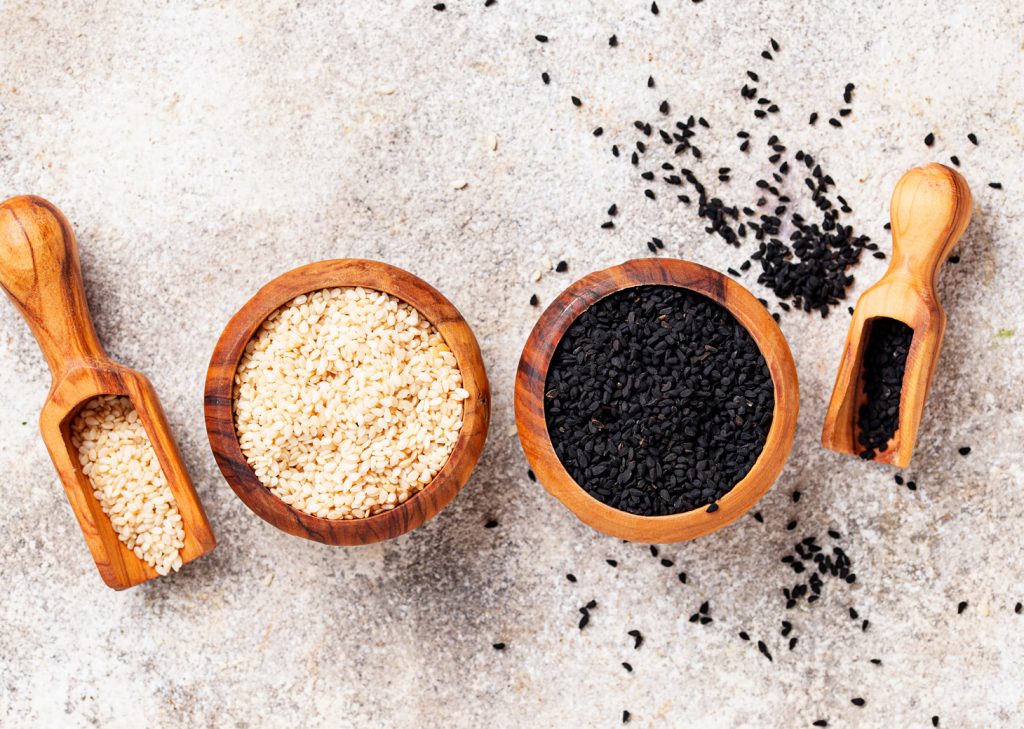 It is used in confectionery and bakery products.

Sesame is the record holder for calcium among all other foods.

Calcium in it is much more than in dairy products and poppy seeds. 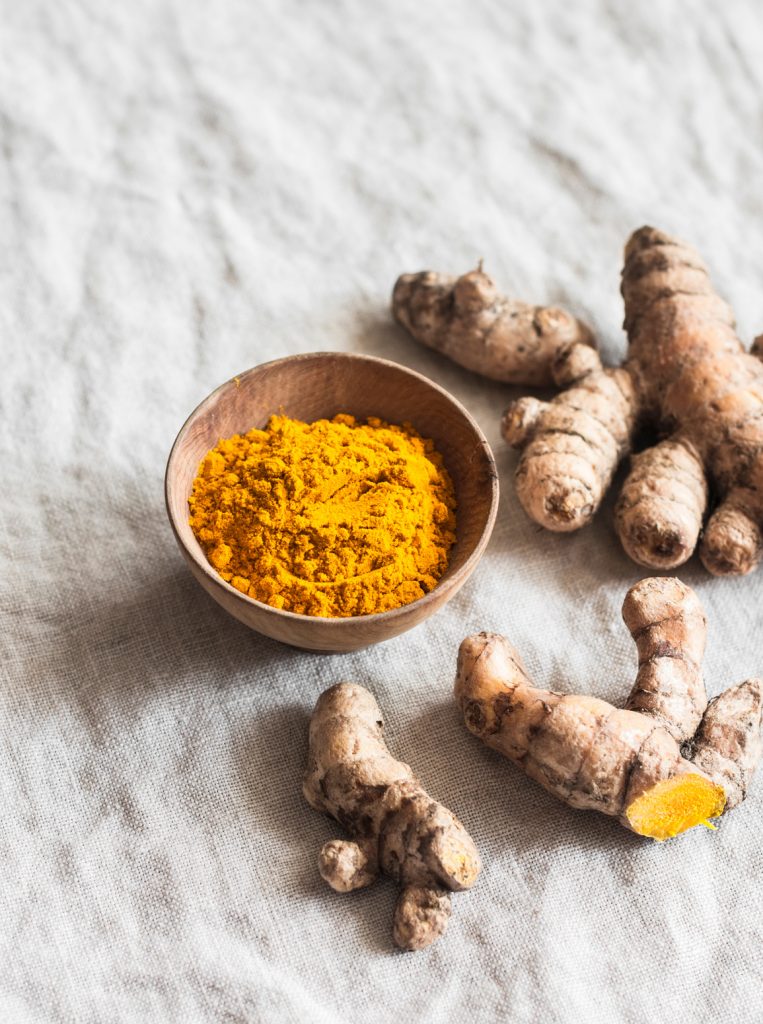 It is most commonly used in a spice mix called Curry.

Turmeric is a natural antibiotic and is also able to cleanse the body.

It is used in the preparation of soups and preservation.

Bay leaf is a powerful antibiotic that can suppress the activity of almost any harmful bacteria.

Effective even against tubercle bacillus and Staphylococcus aureus – the most resistant microorganisms. 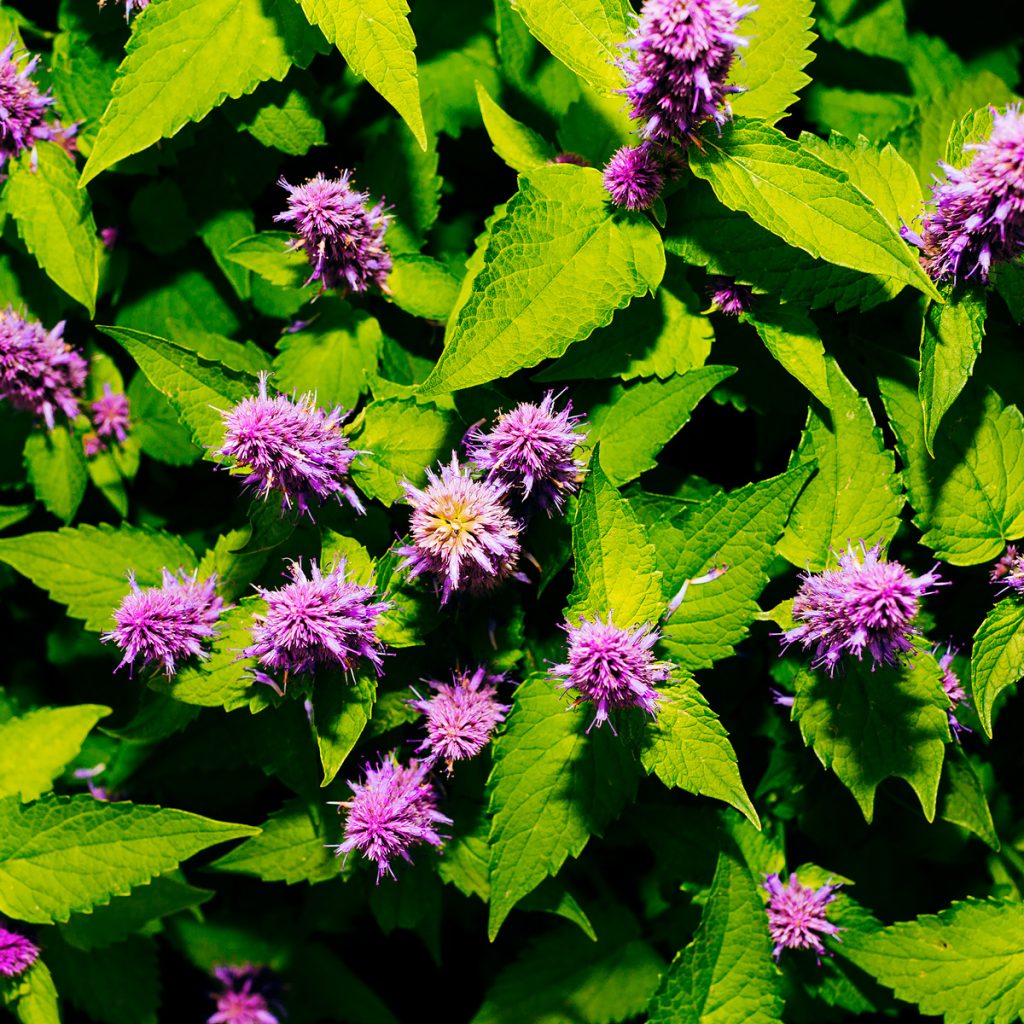 It is used in salads and soups.

Melissa has a beneficial effect on the nervous system and cardiovascular. 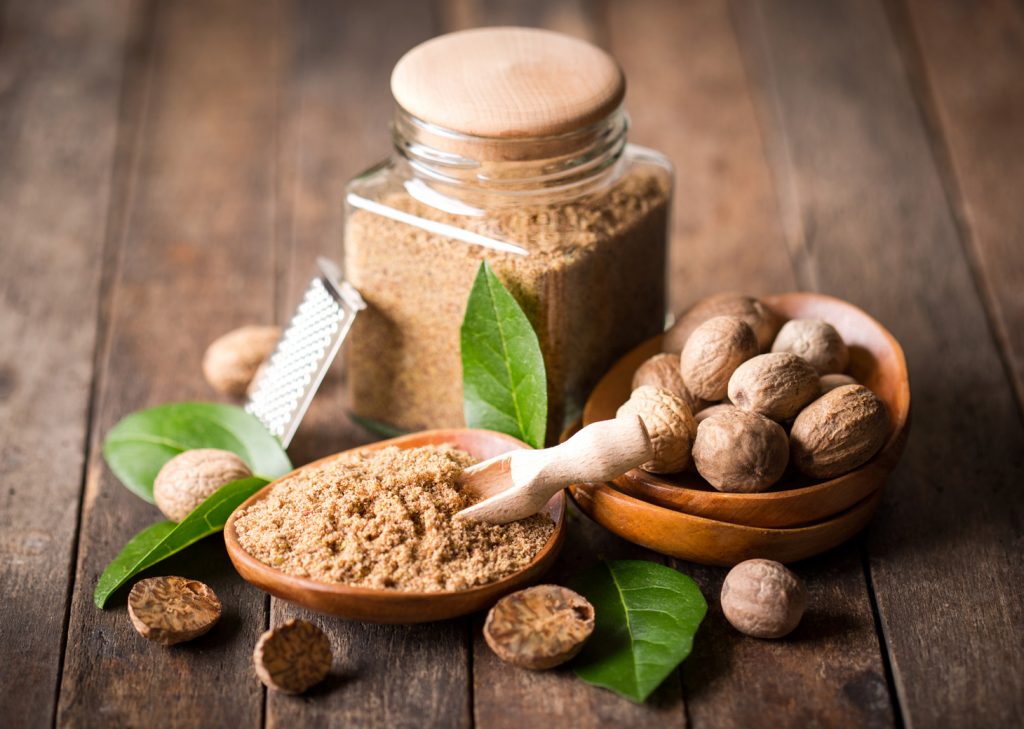 It is used in sweet dishes: confectionery, cocoa, compotes, jams.

It is not recommended to abuse nutmeg, as it has a narcotic effect – it can cause headaches and hallucinations. 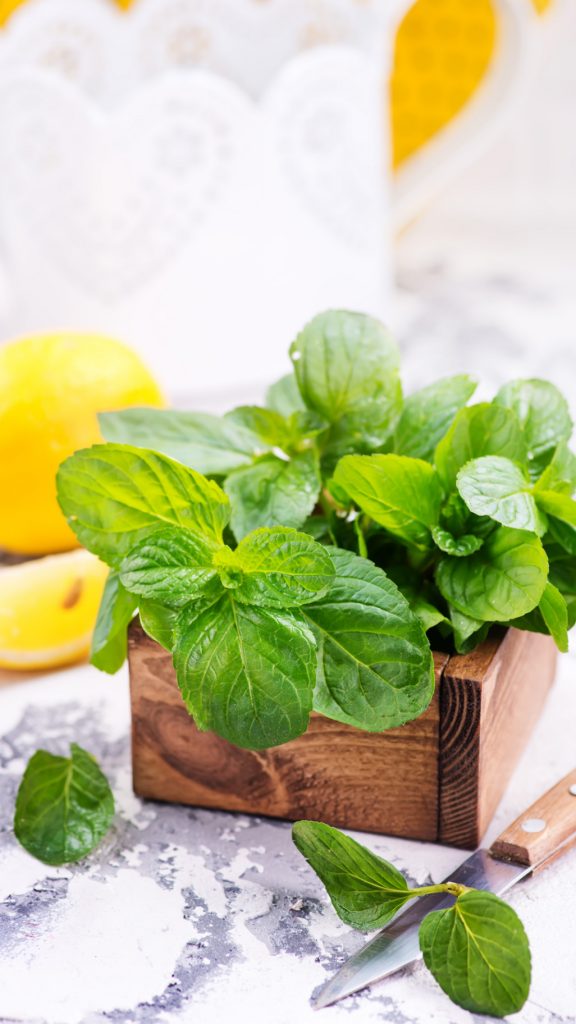 It is used in the manufacture of various drinks, salads, and in the preservation of vegetables.

It has an antioxidant effect.

It is used in the preparation of salads and soups.

Contains essential oils and many vitamins. 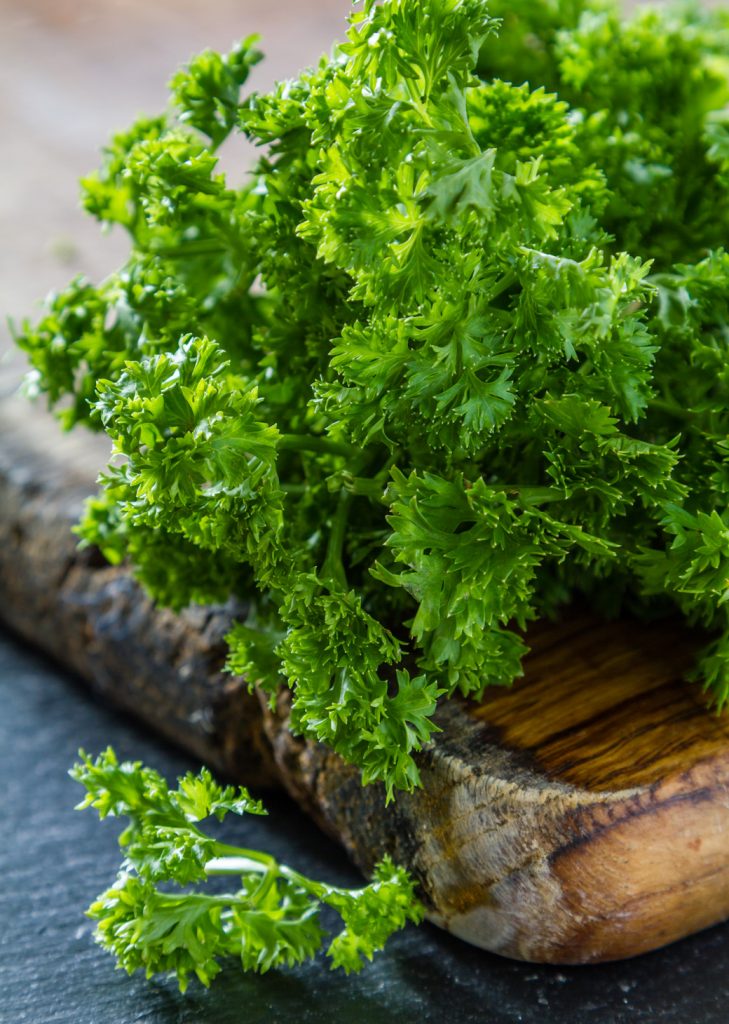 It is used in the preparation of salads and preservation.

It has a rich spectrum of vitamins and minerals. 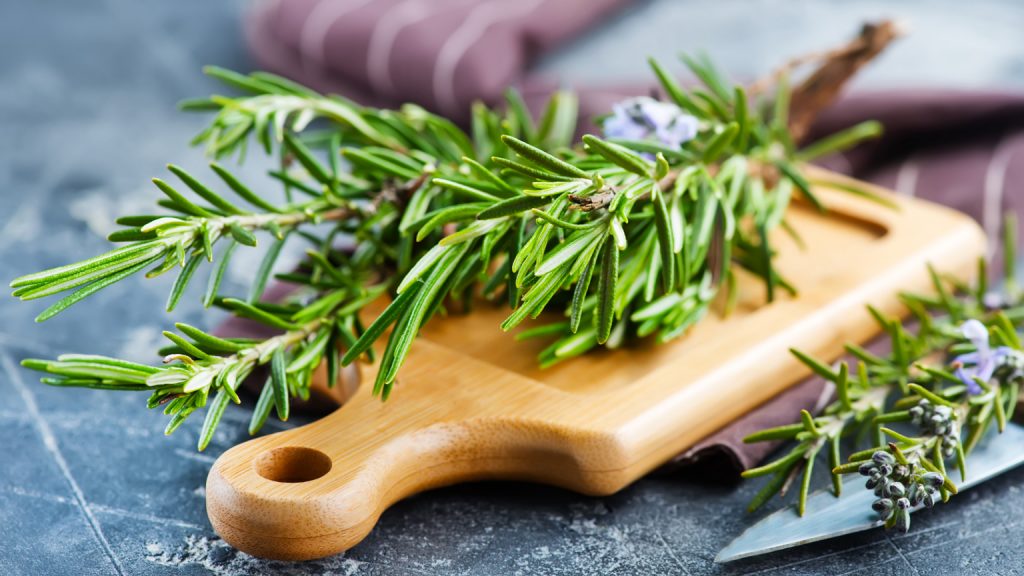 It is used in pickling and other types of preservation.

It’s added to soups and salads.

It has an immunostimulating effect.

Its seeds are used in salads, vegetable dishes, and canned food.

It has a beneficial effect on the kidneys, dissolves stones. 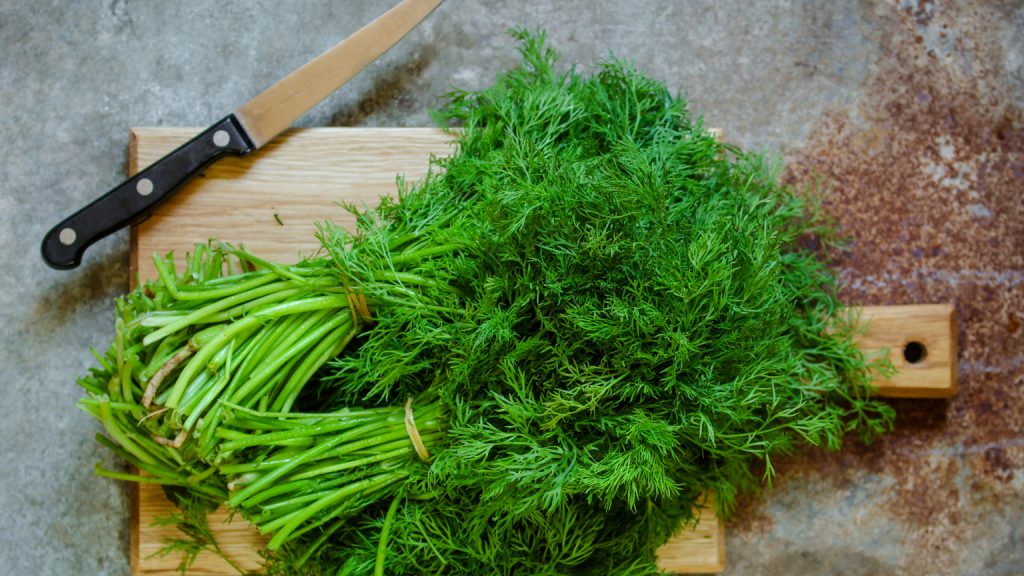 It is used in salads, vegetable dishes, and canned food.

Contains a rich spectrum of vitamins and minerals.

It is a kind of dill, is used in salads and vegetable dishes.

Abuse is not worth it, at high dosage it is toxic. 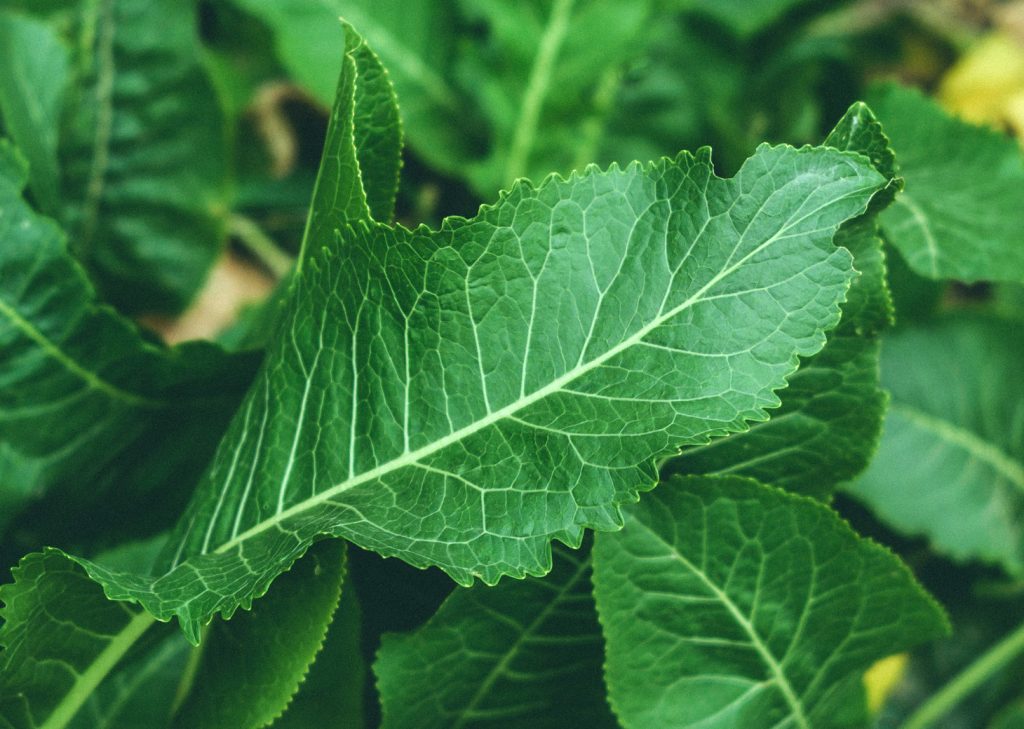 It is used mainly for conservation.

Contains many vitamins and mineral salts. 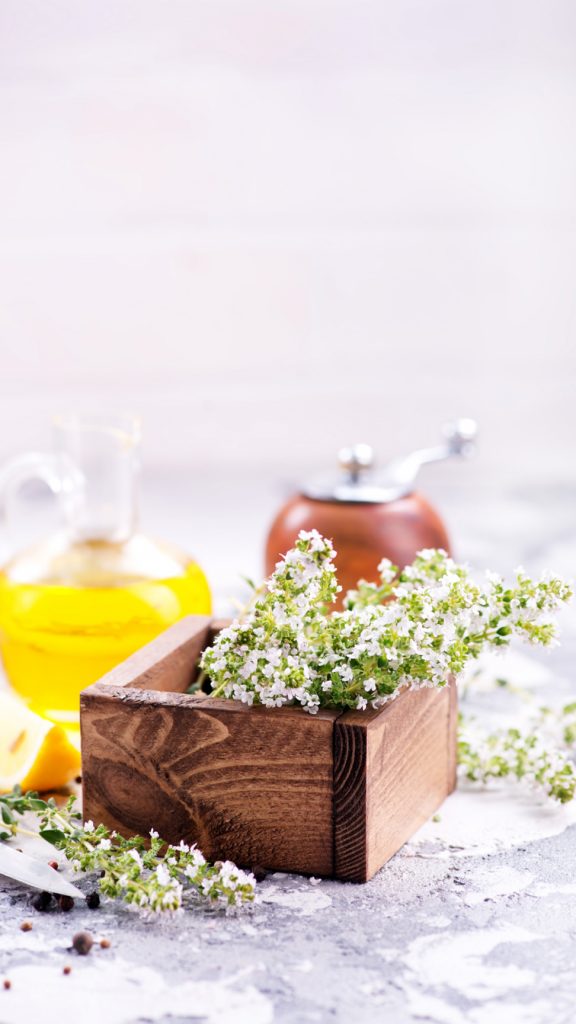 It is added to tea and used in the conservation process.

Effective against worms and various kinds of inflammation. 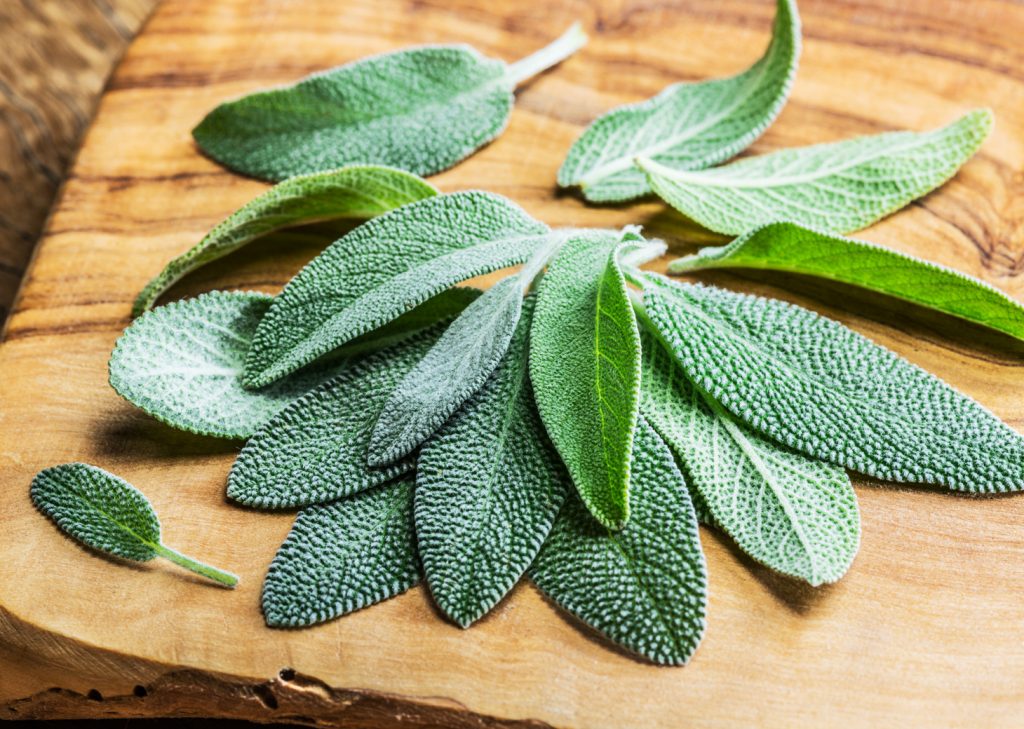 It is used in the preparation of salads, soups, and pies.

Sage is a powerful antiseptic. 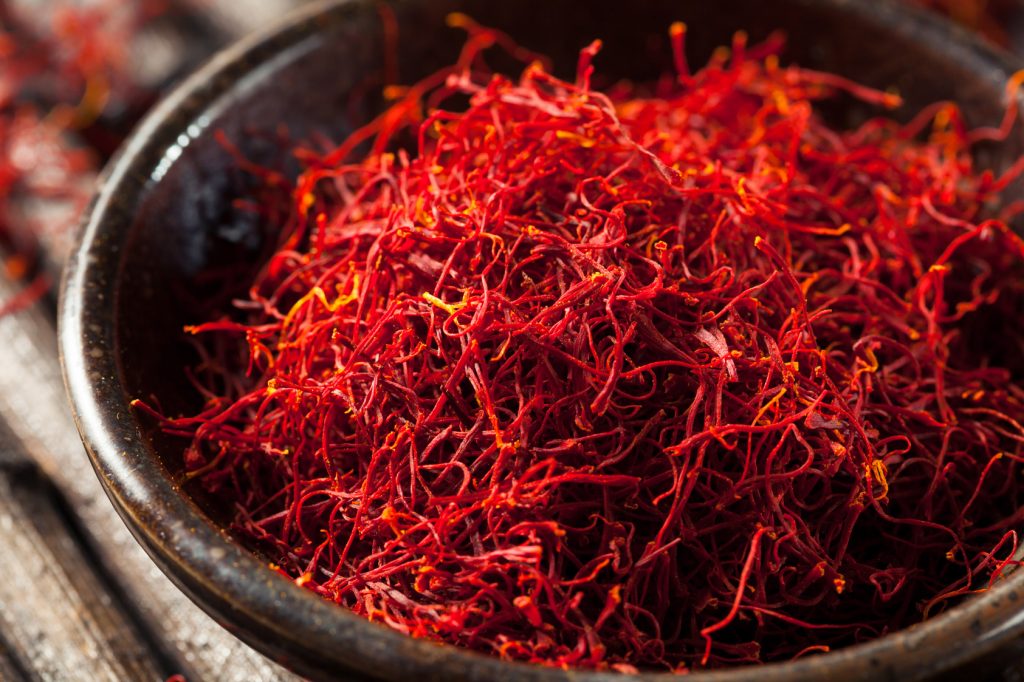 It is used in the manufacture of confectionery products, as well as in the conservation process.

There is reason to believe that saffron can slow the deterioration of vision in the elderly.

A little bit of history

Centuries ago, spices were valued more than gold.

Looking for spices, they searched for new lands, laid the latest trade lines.

Spices were used as a preservative dye of some foods.

Spices were used as cosmetics with the ability to improve skin, hair, and nails.

They cost a lot, so they are often presented to a major celebration as the main offering.

The richer the family was and the higher its status, the more varied and more spices were on the menu. 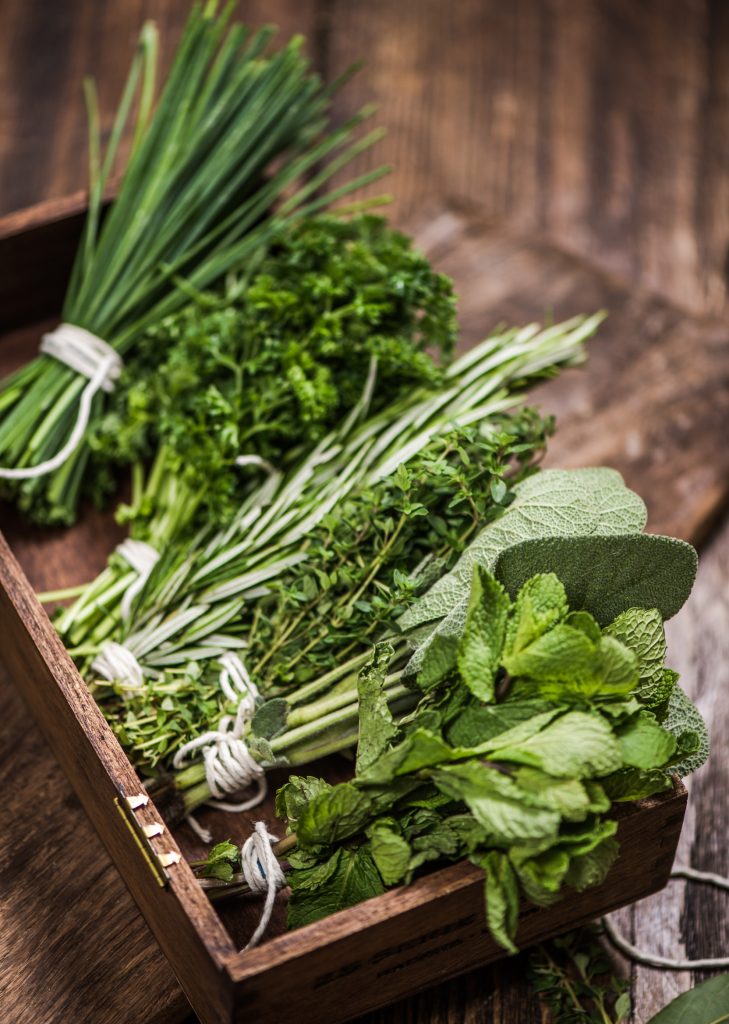 Spices are added to food in order to improve the taste and give the food smell, as well as to prevent quick spoilage of the product.

What spices are most useful

Natural spice not only improve the taste of food but also positively affect the human body.

It is interesting that acute food supplements stimulate the production of endorphins and improve mood, and those that are green in color usually give the body the antioxidants it needs.

You can countless spices and seasonings with a positive effect, few people know about some of them, among the most common with pronounced healing abilities, one can distinguish:

Tips for proper storage of spices

All the benefits of natural spice for food can be lost if you do not follow the basic rules for their storage.

To preserve properties, it is important:

If you follow these simple rules, you can permanently preserve the taste, aroma, and useful properties of spices and seasonings.

And if you still study the features of the combination of different types of spices, you can add unique taste and aroma to your daily dishes.

Giving flavor and smell to products is far from the main property of spices.

The use of spices and seasonings can also be used to solve health problems.

The most useful spices are: 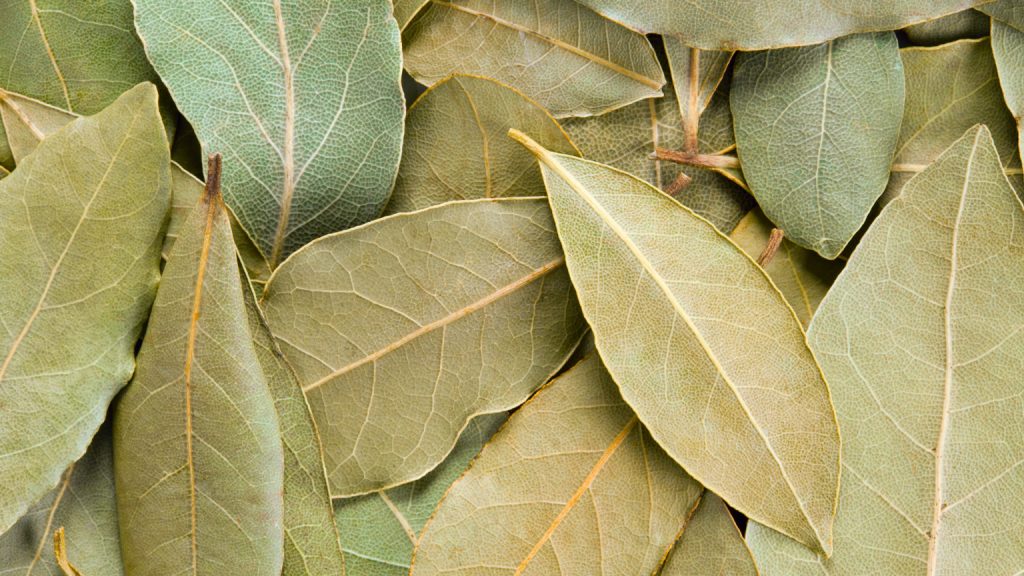 It is able to suppress the activity of pathogenic microorganisms.

Regular addition of bay leaf to food will maintain a high level of immunity.

In case of health problems, you can apply a decoction of bay leaves.

It has two main functions: it is able to cleanse the body and destroy pathogenic microorganisms and parasites.

Cinnamon is a powerful antioxidant.

Regular consumption of cinnamon can slow down the aging process in the body and start the recovery process.

Ginger is one of the most powerful immunomodulators.

Tea with ginger during a cold is one of the most powerful remedies.

It not only enhances immunity but also inhibits the reproduction of pathogenic bacteria. 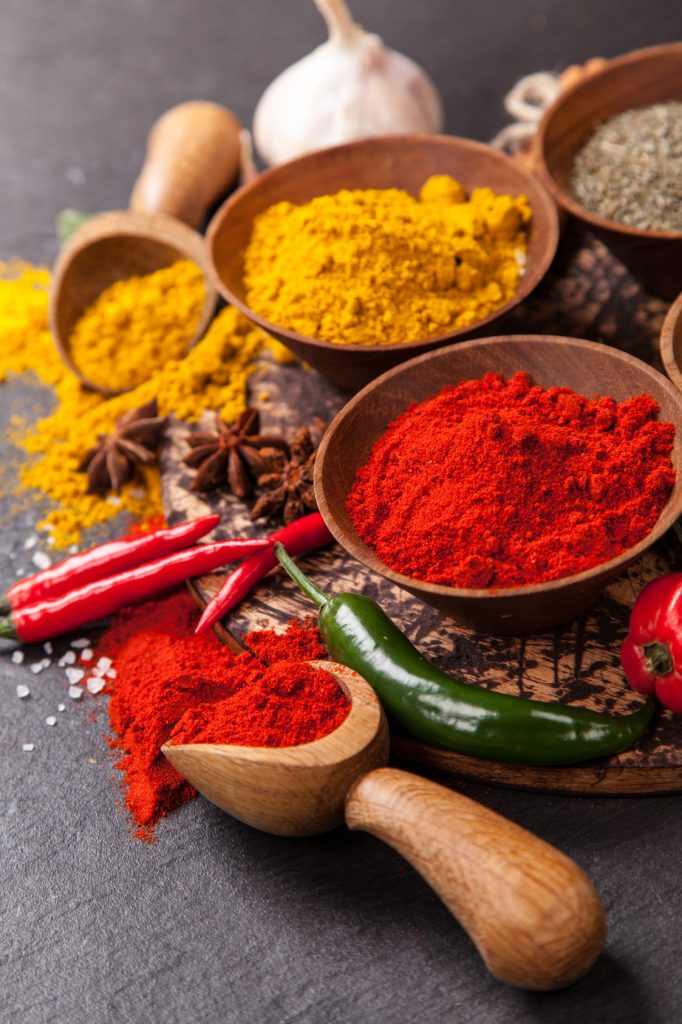 Red pepper is a regular addition of red pepper that will protect yourself from cancer.

Valerian is able to heal the nervous system, relieve nervous breakdowns, tantrums, stress, headaches, as well as problems with the cardiovascular system.

Names and types of spices and seasonings

Spices can conditionally be divided into several types:

These include all types of wormwood, mint, mustard, watercress.

These include curry, adjika, dolma, khmeli-suneli, a bouquet of garni, shichimi togarashi, and many others.

About the author
Melisa Marzett is engaged in charity work in Bali where she is currently living to help local families and writing services www.findwritingservice.com as an essay writer, she has gone through many essays on everything and anything. She is curious by nature and loves moving forward. Not a day goes by without her finding out something new, which she enjoys sharing with the world.